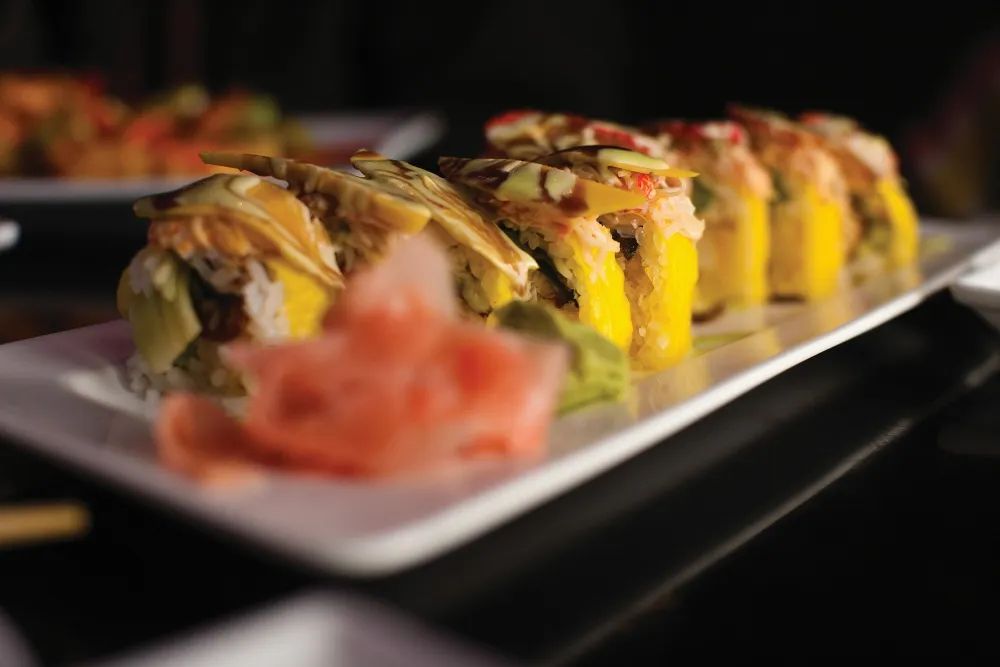 Wrap it Up: The Ancient Dish Taking the Western World by Storm

Sushi is a lot like a Stanley Kubrick movie; you either get it, or you don't. There's no middle ground with raw fish. You either have a passion for it, or you would rather vote it off the island.

I’ll happily sit at the island’s sushi bar while watching a director’s cut of The Shining, please. And could I get more wasabi?

For those who have never tried sushi, I've got great news for you, which I'll share later in the article. But, first, let's unwrap the mystery of this ancient dish that is currently taking the western world by storm. What is it, where did it come from, and why would anyone want floppy, raw flesh in their mouth?

It’s not just about the fish. Sushi, a traditional Japanese dish, is also about the rice. Sushi uses a special variety of rice made just for this purpose called “shari." Uncooked shari rice looks like tiny bone shards and has a shorter grain than most rice we eat with our meals. While traditional shari was prepared with red vinegar, most sushi chefs today use white vinegar. Red vinegar is a richer taste and goes great with the fatty cuts of fish but can be hard to find outside of Japan. Most chefs will also add a bit of salt and sugar to their shari to enhance the flavor.

Most sushi involves vegetables, as well. In Japan, vegetables are carefully chosen to pair well with the meat and the other ingredients. In the West, well…not so much. But some great sushi chefs in the United States know how to choose the right veggies to provide a snappy texture or a polished, flavorful blend. Common vegetables include cucumber, yam, avocado, and different varieties of gourds. Many sushi enthusiasts enjoy meatless, vegetarian sushi variants.

Other ingredients include a layered omelet, tofu, fermented soybeans (natto), and various pickled items such as asparagus or daikon (a weaker but tasty cousin of the radish). Some chefs will add quail eggs or sweet corn. 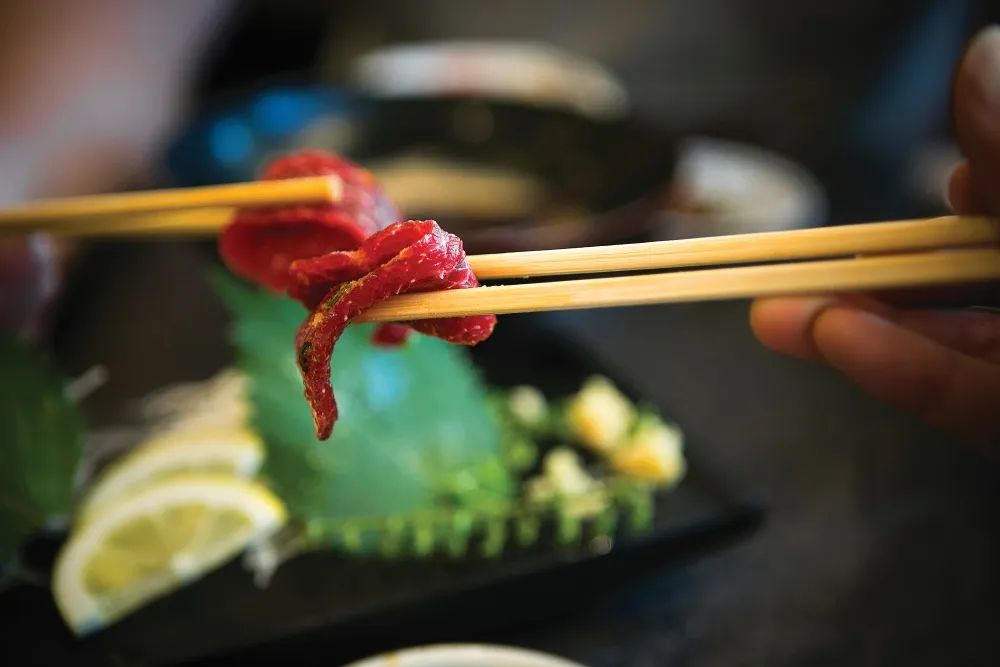 The fish or meat is called “gu" and are usually various types of fish such as tuna, yellowtail, snapper, salmon, and mackerel. Sushi chefs go out of their way to choose the freshest, highest-quality cuts of fish and prefer fattier cuts to leaner cuts for the sake of flavor and texture. Sushi fish has to be carefully chosen by a trained professional to provide the finest flavor and consistency and protect the safety of those who enjoy their creations. (Do not make your own raw fish sushi at home)

However, all sushi is not raw fish. When my wife and I moved to Japan in 2018, one of our first meals was kujira sushi; raw whale meat. Creamy and somewhat leaner than I expected, it was a treat that we still talk about today. Although it may not be politically correct here in the States to savor a piece of whale meat, Japanese schoolchildren survived post-WWII on whale meat, and it was a cultural staple of Japanese cuisine long before America was a twinkle in Thomas Jefferson’s eye. Moreover, whale hunting in Japan is carefully regulated and entirely sustainable.

Other meats include squid, octopus, roe (fish eggs, one of my wife’s favorites), sea urchin, crab, shrimp, clam, pork, and horse. If you haven’t tried sea urchin, I highly recommend that you-

Wait…did he say "horse"? It's tough for us here in Montana to imagine, but keep in mind that eating a steak makes one a heretic to some cultures. Moving on…

Let's wrap it up, more figuratively than literally, with "nori," a type of algae that grows in the harbors around the coasts of Japan. You and I would call it "black seaweed." It is grown on farms, pressed into flat sheets, toasted to the perfect crispiness, and wrapped around the shari and gu to give us a visual and textural treat. Nori has a gentle saltiness that binds the whole experience together and provides the dish with a warm, natural color.

For those of you who struggled with the word “raw” at the beginning of this article, here’s the good news; sushi doesn’t have to be raw. A branch of sushi called “nigiri” allows for grilling the topside of the fish. While many sushi chefs will prepare fully cooked varieties of fish for customers upon request, be prepared to receive sideways glances of disappointment from those who take their craft seriously. Still, the heart wants what the heart wants.

It wouldn't be sushi without the condiments. A fan favorite is a mixture of soy sauce and wasabi, while some add ginger to the mix. Mayonnaise can be a smoother alternative, but most chefs recommend wasabi mixed with soy sauce or vinegar, which provides a palatal treat.

There are other alternatives to traditional sushi. I'm a huge fan of sashimi which is simply raw fish without rice or nori. Finally, let's not forget chirashizushi or "scattered sushi," a holiday dish prepared by sprinkling various ingredients on top of the fish. Some call it a sushi bowl. Many fans prefer the vegetarian version of this easy-to-prepare dish which you can easily make at home.

The combinations are endless, so get out there and try something unique. Ask your sushi chef what's new and interesting or what their specialty is, and you just might find a new passion. Remember to enjoy a bit of sake or wine with your dish, if you like, and have fun trying different sauces and condiments.

As the Japanese say before each meal, “itadakimasu” [ee-ta-da-kee-mas] – let’s eat! 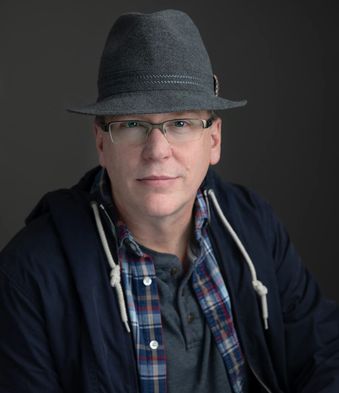 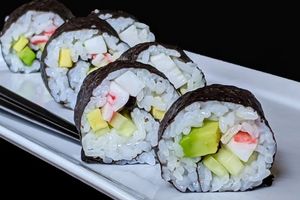 Rolling your own sushi can be slightly intimidating, yet if you give it a try, you will find that the process is quite enjoyable and not all that difficult. All you need is patience and a light hand. 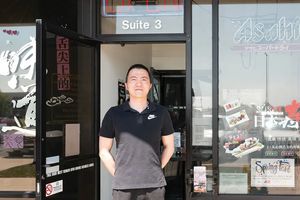 Jack Wang is the executive chef at Fancy Sushi, the beloved Billings restaurant that has been treating us to various Asian cuisine delights for more than a decade. 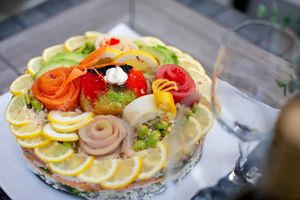 Sushi cakes are amazingly versatile because you can serve them on any occasion. You can make your sushi cake any way you like. There's a sushi chef hidden inside you, and this is how you can let them out and share your creativity with the world. Here's how!