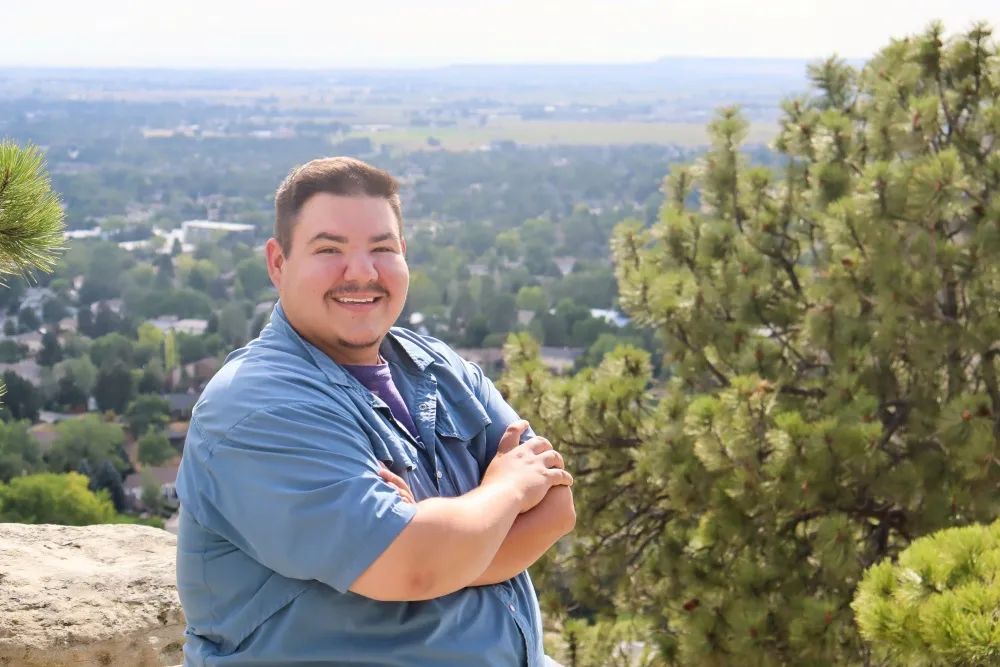 A registered member of the Little Shell Chippewa Tribe, Jerrid grew up connected to his heritage but not always involved. Family trips to Browning each summer for Indian Days (his mother is Blackfeet) and family kept him connected as they lived in Dillon, Butte, Havre, and New Mexico. When his family returned to Montana in 2004, the family became more involved. His father, a registered Little Shell, has now been the Chairman of the Tribe since 2008.

After graduating from West High, Jerrid went to Rocky for a short time and then took a position on the "street team" with the Billings Business Improvement District (BID). Staying there for nine years, some of the skills he used there (welding, etc.) helped fuel a journey into art. A self-professed "math and science kid" in school, Jerrid doesn't consider himself a particularly creative person. Instead, his journey with the artistic process has been driven by love for his culture. Learning to bead to connect with his heritage led to making gifts for the Tribe. One look at his Instagram will show a journey of discovery that includes welding, lamp-making, and more. He frequently uses the Instagram phrase: "I made a thing," unintentionally demonstrating his lack of pretentiousness about creating. Jerrid doesn’t seem to feel he should be classified as an artist, but a look at his travertine sculptures would suggest otherwise. Jerrid has also taken the time to become a Certified Native American Artist, yet another nod to his heritage. 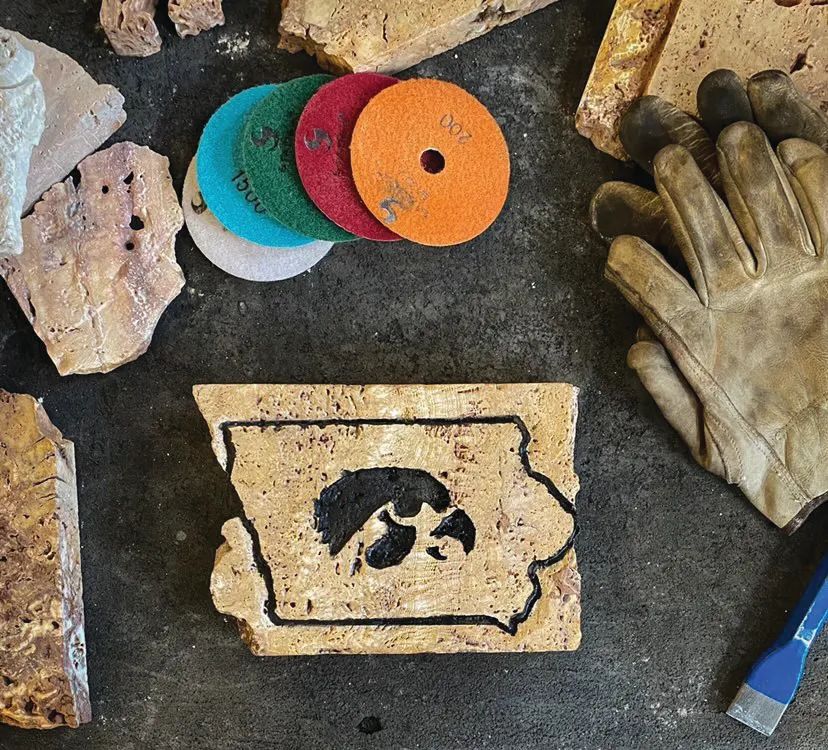 Using simple power and hand tools (no CNR or laser-cutting machines here), Jerrid carves both traditional and contemporary figures into travertine. Not just any travertine, the stone he uses comes out of the ground of the mine owned by the Little Shell Chippewa Tribe outside of Gardiner. 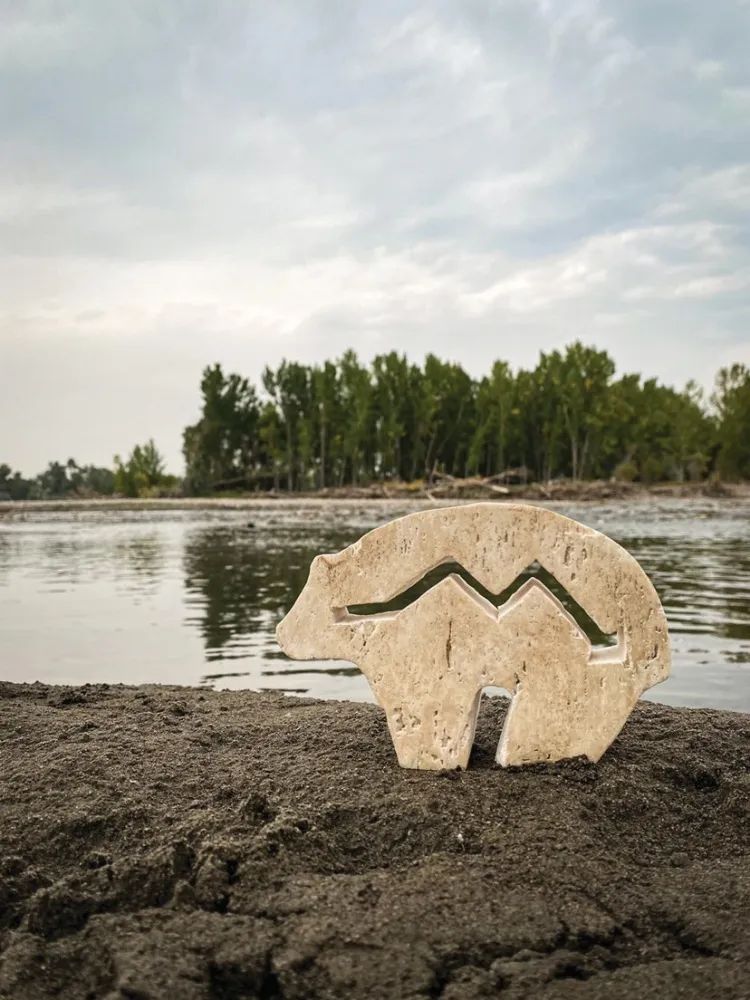 His first carvings were of a sasquatch and a Heartline Bear. The bear has heavy symbolism in Native American culture, with the meaning of the Heartline symbol signifying life force. The heartline begins at the mouth where breath gives life and points to the soul, or spirit, where faith and inner strength preside. Jerrid now works for the Little Shell Tribe as a production manager. He has also invested in a diamond bandsaw and additional sanders and files to further his craft. He admits, though, that he isn't always consistently making art. He "creates when the dopamine starts flowing." Instead, he actively pursues an increased love of the outdoors, making day trips and documenting them on his Instagram feed with humorous narration and stunning photography. (Seriously, follow him right now if you don't already!) 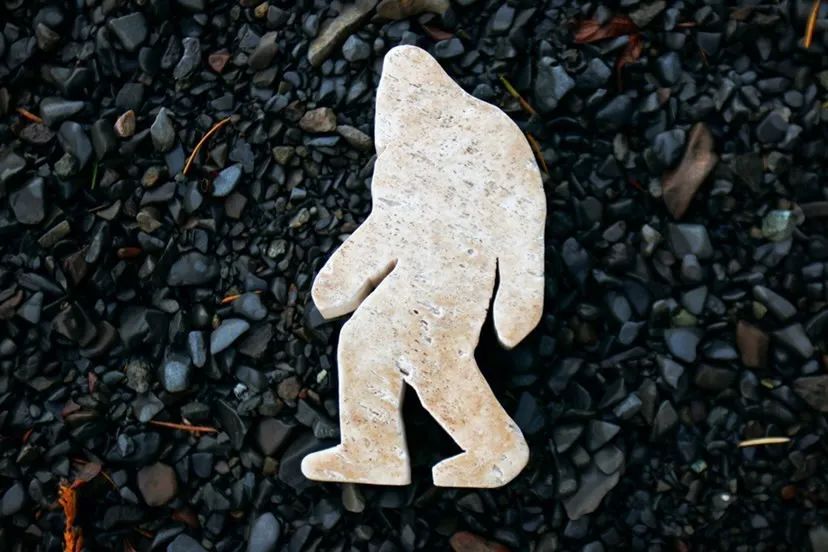 Getting to know Jerrid results in the impression of a fun, hardworking, do-anything-for-others type of guy. He doesn't take himself too seriously. What he does take seriously is his heritage and love for his culture. In July, when the news broke of unmarked gravesites at Canadian boarding schools for natives, Jerrid was, rightfully so, devastated. He knew he had to do something – anything – to help. He immediately gathered up his remaining art inventory and set up a booth at the Strawberry Festival to sell that art and take donations for the cause. In the end, he raised $2,491 and donated it to the National Native American Boarding School Healing Coalition. He talks about feeling pain on a level he did not expect when hearing the news and said he felt less helpless after raising the funds he could and contributing.

Jerrid is set to start creating again. His art is stunning but even more incredible is the person behind the art. Jerrid is a passionate and loyal person, deeply rooted in his culture. He comes across as a smiling, jovial, everyman. That impression is correct but merely scratches the surface of a complex, caring, creative individual. One gets the sense that his journey as an artist has merely just begun. 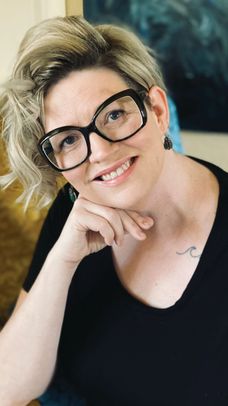 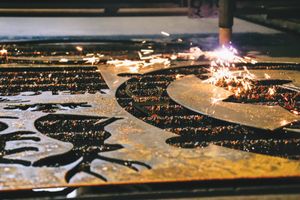 Enjoy the stories of these local makers; come discover the connection they bring to our community. 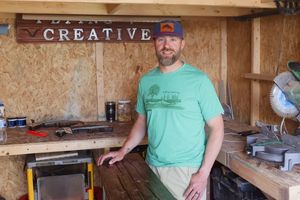 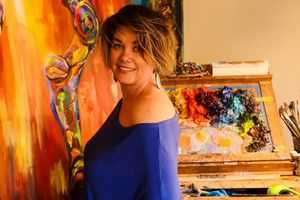 Getting to know artist Terri Porta in SLM's May 2021 Maker's Space. 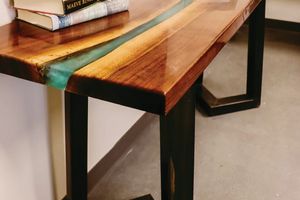 Not many artists specialize in bringing other people's vision to life, but that's precisely what Jesse Jennings of Jennco Designs loves to do.