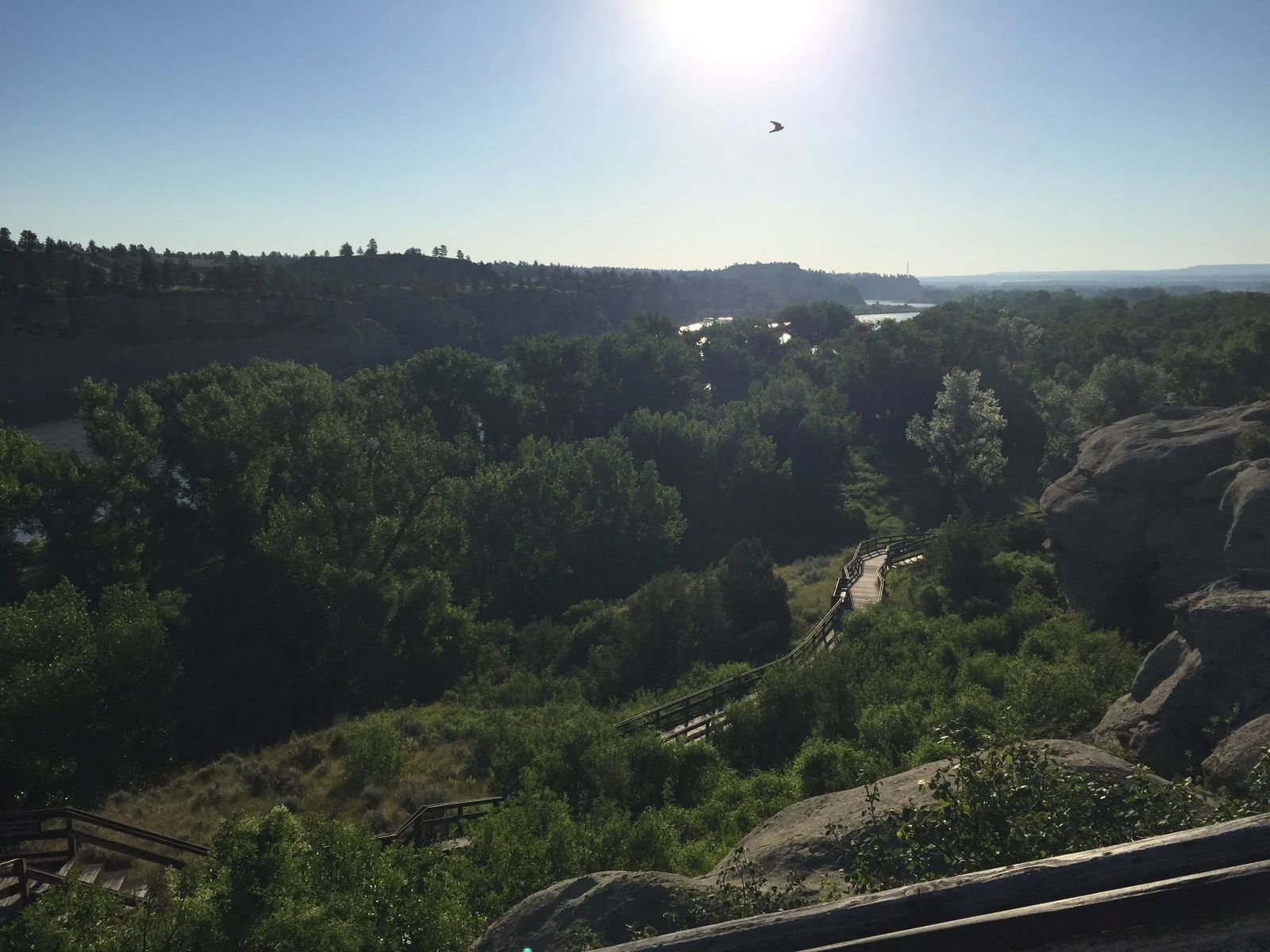 Billings is such an incredible place to live. We get the benefit of expansive prairies and true big skies meeting up with mountain peaks and river valleys. Our community is nestled between modern experiences and amenities and historic icons everywhere you look. Taking the time to explore your own backyard will yield a tremendous amount of treasure in the form of lasting memories, educational experiences, and, hopefully, a growing appreciation for all of Montana.

For the third installment of the Backyard Exploration Series, let’s stop at Pompeys Pillar National Monument. Pompeys Pillar is most famous for William Clark’s signature on the iconic sandstone bluff standing in the park. Clark, of the Lewis and Clark Expedition, had separated from Lewis as they worked to expand their knowledge of the landscape. The signature left behind in 1806 is said to be the last known physical evidence of the Expedition.

According to the National Park Service, “On Friday, July 25, Clark wrote in his journal, ‘This rock which I shall Call Pompys Tower is 200 feet high and 400 paces in secumphrance… The nativs have ingraved on the face of this rock the figures of animals &c. near which I marked my name and the day of the month & year.’” While the spelling has changed, the rock he describes stands tall much as it did in 1806. In fact, the NPS notes the site is marked with more than 5,000 additional etchings, petroglyphs and pictographs.

“The Pillar was used for centuries as a favored campsite by Crows and other Native peoples as they traveled through the area on hunting, trading, war, or other expeditions. Ethnographic and archaeological evidence suggest that the Pillar was also a place of ritual and religious activity. Then throughout the 19th century, fur trappers, military expeditions, railroad workers, and early settlers used the sandstone as a registry of their passing,” the NPS continues in its description. 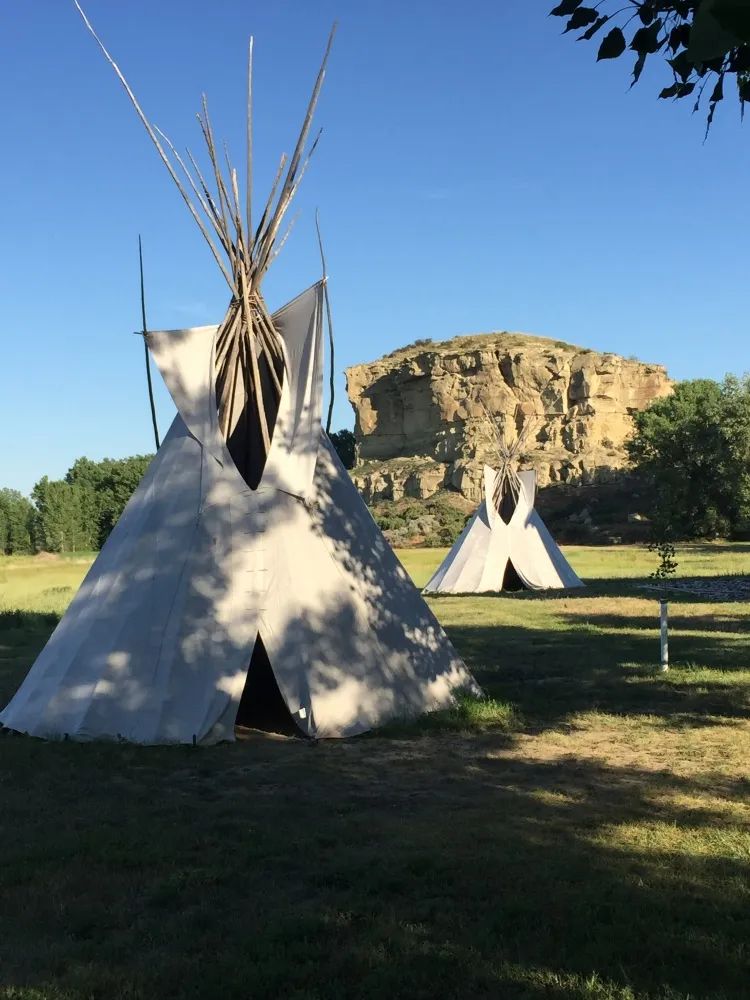 But the experience doesn’t end with the outdoors. Pompeys Pillar boasts an outstanding interpretive center with knowledgeable volunteers and staff at the ready to help answer your questions and guide you through the area. At the interpretive center, visitors can follow a beautiful river painted realistically along the floor to guide them through the building from one exhibit to another. These exhibits immerse the visitor in the past, exploring what was happening along the Lewis and Clark Expedition at the time Clark stopped there as well as learning about native culture, the flora and fauna of the area and much more. Learn more at https://www.nps.gov/places/pompeys-pillar-national-monument.htm.

A few tidbits before you go: bring some bug spray as the combination of the river and the flora can mean mosquitos are fierce. Also, be mindful of the river, particularly this season. With recent flooding and high water levels, parts of the Pillar may be closed. As water levels come down, this is less of an issue, but be sure to check with the on-site visitor center by calling 406-875-2400. 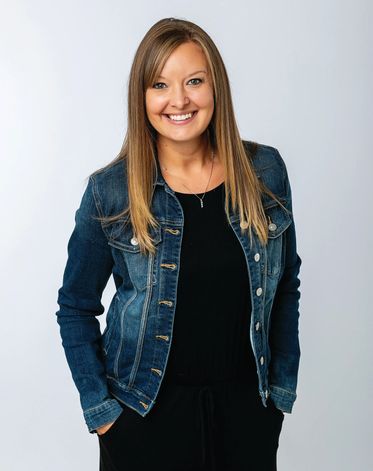 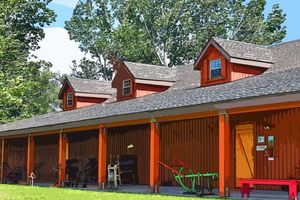 For our next stop on the Backyard Exploration Series, let's visit Huntley Project Museum! 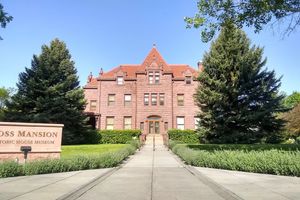 For this first installment of the Backyard Exploration Series, let's stop at Moss Mansion! 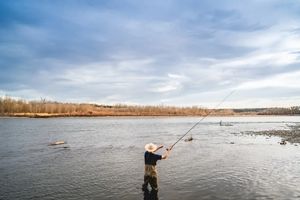 "In Montana, there are three things we are never late for. Church, supper, and fishing." -Paul Maclean, 'A River Runs Through It' 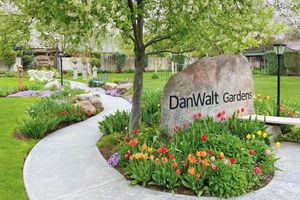 Located on Washington Street, DanWalt Gardens is in the city but secluded enough by nature to feel as though you are not.