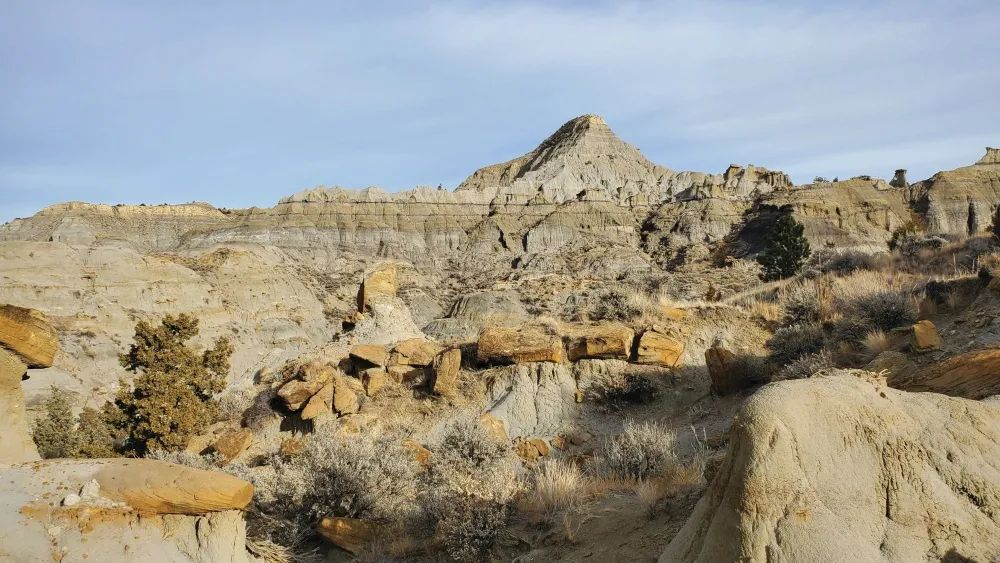 Around 66 million years ago, a six-mile-wide chunk of debris was hurtling through space on a collision course with our home planet. While we don't know if it was an icy comet or a metallic asteroid, it’s widely accepted that it was big, heavy, and vaporized on impact, leaving a crater 93 miles wide and 12 miles deep in the Yucatan Peninsula off the coast of Mexico. It was, quite literally, a rotten place to hit; the shallow waters of the crash site were rich in hydrocarbon matter. When it smashed into the earth, it splashed massive amounts of wet slime into the atmosphere, turning the air thick and dark, trapping sunlight, and creating a terrible greenhouse effect.

The impact triggered shockwaves and massive tsunamis; there’s evidence waves reached North Dakota. There would have been acid rain, global forest fires, and widespread death and destruction. As the air eventually cooled, the atmosphere still would have been unbearably thick, preventing sunlight from getting through and tipping off a nuclear winter.

To put it mildly, it was the worst of times.

When the dust settled, it left a layer of clay covering the land. Researchers have found this layer on every continent, with remarkably consistent thickness and composition.

This band is called the Cretaceous-Paleogene, or K-Pg Boundary, formerly the Cretaceous-Tertiary (K-T) boundary. It is an impressive physical reminder of the last days of some of Earth’s biggest animals.

There are places worldwide where you can see that boundary line, and one is right in our backyard. A three-hour drive from Billings, Makoshika State Park in Glendive offers an excellent view of this 66-million-year-old feature. It’s not only an excellent example of this geologic time capsule, but it’s also on public land, accessible to anyone.

“It’s really unique in that you can see it featured in our hills as a visible, faded black line,” said Makoshika State Park Ranger Adam Winfield. “And for us, it's great because we can actually point out and say, this marks one of the six mass extinctions that has happened in Earth's history.”

The Chicxulub Crater was discovered in 1978 by two geophysicists on the hunt for petroleum. Inside the crater, they found a hodgepodge of melted glass blobs, known as tektites, shocked quartz, and perhaps most surprisingly, iridium. Iridium is a rare element on earth. If it's found, it's typically buried deep in the crust or recovered as the byproduct of mining other metal ores. However, in the K-Pg boundary, iridium levels are 100 times higher than normal, so researchers knew something was up right away.

“This is very clear evidence that there was something abnormal that caused this high concentration of iridium,” said Makoshika’s Paleontology Intern Tyler Greenfield. “Iridium is found in high concentrations in asteroids and comets, so it’s pretty likely this came from some sort of impact event.”

More evidence for an impact is in shocked quartz, quartz that, under intense pressure, deformed and broke down at the microscopic level. "And then the final sort of thing that we find are called tektites. They're droplets of glass that formed when the rock was transformed under intense heat and pressure and then rained back down to the earth. Sometimes they're spherical, sometimes they're sort of teardrop shaped, but they're glass, similar to what we find at nuclear explosions,” Greenfield said.

“There's not much change in thickness of the layer and composition across the world. You know, if it was more than one event, we'd expect to see some sort of difference in that layer. But Makoshika, along with all the other exposures, shows that it's a very consistent layer, which points to it only being one event, as opposed to multiple events over a long period of time,” said Greenfield. “It's not so much that the layer here is different from the layer around the world, it's more important that it's actually the same as the rest.”

Last year, Makoshika hosted a record of more than 125,000 visitors. Winfield estimates that nearly a quarter of them came specifically to see this phenomenon. For those who are unaware of it, the visitor's center provides an excellent explanation.

Plans are in the works to build a trail to get an even closer look at the boundary, but if you do venture out to Makoshika, it’s hard to miss. “You can see it from the patio next to the visitor’s center, or from the roads when you're going up the switchbacks, or when you're at one of our vistas, you can see it,” said Winfield. “You can even go up to Switchback Trail and get some really great views of the boundary from there.”

For more information or to plan your trip, visit https://fwp.mt.gov/stateparks/makoshika.

To build your own impact site with a rock, water, flour, hot chocolate mix, or cinnamon, visit the Simply Local webpage: https://simplylocalbillings.com/steam-spotlights.

Originally printed in the August 2021 issue of Simply Local Magazine 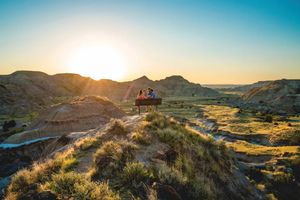 As summer winds down, you might be wondering how to end things with a bang. As we wrap up this summer series, we've got a few more ideas for you! 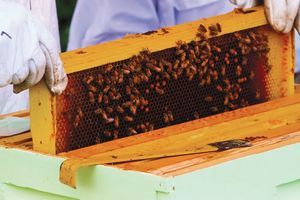 The Buzz on Honeybees

Go inside the hive and get the buzz on honeybees. 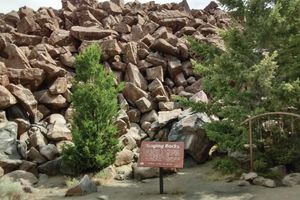