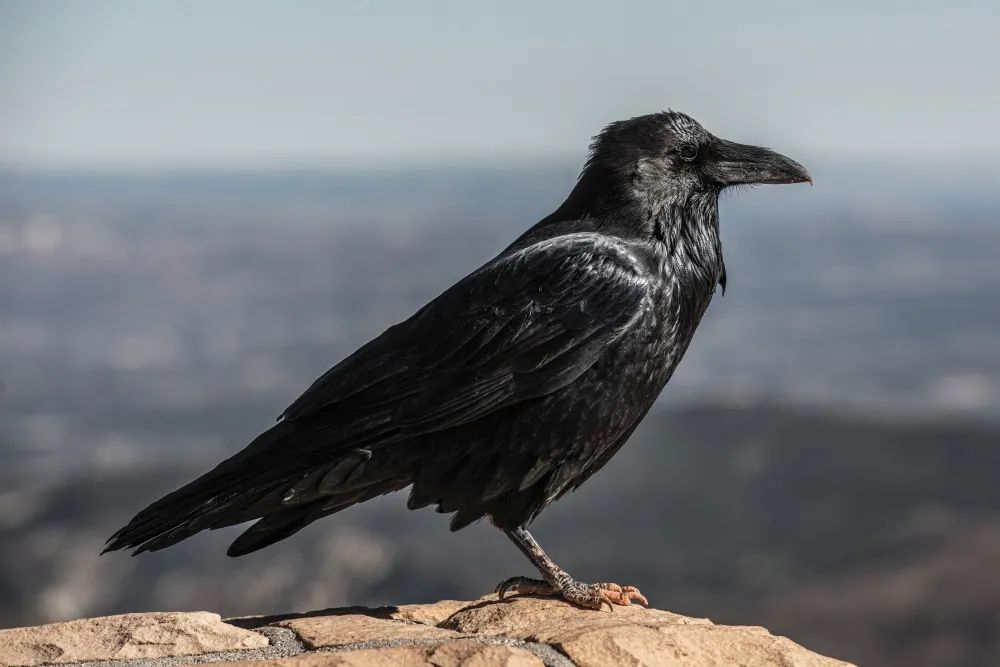 The marvelously creepy imagery in Edgar Allen Poe’s The Raven taps into a collective, inherent belief that ravens and crows are harbingers of doom. After all, a group of crows is called a “murder,” while a group of ravens has the moniker “conspiracy.” And while it makes for some great seasonal reading, Poe’s depiction of these remarkable birds is hardly fair.

Ravens and crows are part of the corvid family, which is among the smartest, most family-oriented birds in creation. Their intelligence rivals that of chimpanzees, and they have been known to stick together in families for hundreds of years, helping raise young and holding “funerals” for their departed.

Izzy Sommerdorf, a member of the animal care team at Yellowstone Wildlife Sanctuary in Red Lodge, encourages visitors to observe the fascinating behavior of their ravens and crow watchfully. One raven, aptly named Edgar, often barters with wild ravens that visit the sanctuary. They’ll mostly bring him little sticks that he can move around, and in return, he gives them some of his food. “We say often that Edgar has a little side business,” Sommerdorf laughed.

But Edgar’s side hustle is important business for ravens in the natural world. Sommerdorf said wild ravens in Yellowstone National Park are well known for their relationships with other wildlife, particularly bears and wolves. They have been seen helping apex predators find food by circling and drawing attention to carcasses. It works for the ravens because their beaks aren’t designed for tearing into tougher flesh, so once a bear or wolf has done that work, the raven can feast on the leftovers.

“A lot of birds don’t have the beak ability to actually tear through skin, so that’s why they’ll get other predators to come and do that part for them,” Sommerdorf explained. “So, they have that full brain process of understanding what they need, and how they can pretty much use other animals to get that.”

Crows and ravens also use tools, an ability long thought to be solely the domain of primates. Around the time Kathy and John Haigh opened Wild Birds Unlimited in Billings 20 years ago, the research world was abuzz with the news that a Caledonian crow had done something extraordinary. Scientists had stored her food in a reservoir, and she couldn’t reach it, so they gave the bird a straight stick to see if she would spear it. She tried, but when that didn’t work, she took the stick out and bent it, successfully using her new hook to retrieve her food.

“That demonstrates a lot of reasoning, thought process, and calculations, so the term, ‘bird brain’ does not apply,” Kathy Haigh said.

Haigh emphasized that crows are also incredibly family oriented. Families typically share work duties; adolescent crows don’t find a mate or start their own nests until they are between 2- to 4-years-old, so they’ll hang around with mom and dad and help raise the new fledglings.

And if you’ve ever been tempted to cross a crow, just… don’t. It will remember - and gossip to their friends about you. About 15 years ago, researchers at the University of Washington noticed that crows that had been banded for research purposes would later caw at the researchers who had trapped them. So they planned an experiment. While wearing different rubber masks, scientists trapped, banded, and released around a dozen crows from five different sites around Seattle. Other crows in the vicinity circled their caged friends while sounding the alarm. Researchers ventured out again in disguises two weeks after releasing the caged crows. Twenty-six percent of crows they encountered - far more than those trapped - cawed and scolded the masked researchers, sometimes going as far as to dive bomb them. A year later, the percentage of angry crows was up to 30; more than three years later, an astonishing two-thirds of crows encountering the masked researchers knew to alert others about these dangerous people. Perhaps even more interesting, when masked researchers approached fledglings, who were born after the initial trapping, the reaction from the baby birds was the same.

“They’ll pass their knowledge from generation to generation,” Haigh said. “For them to be able to retain that and pass it on is pretty amazing in the animal world.”

And yes, they can talk, but it’s unknown if a raven has ever been quoted saying “Nevermore.” Sommerdorf said a former crow at the Yellowstone Wildlife Sanctuary lived within earshot of the baseball field and learned to say, “You’re out!” Another crow at the sanctuary, Poett, was illegally kept as a pet. Her original owners taught her some Spanish, so she’s been known to greet passing visitors with a friendly, “¡Hola!”

With all of these great characteristics, why does the image of a tree full of them, á la Alfred Hitchcock’s The Birds, so effectively freak us out? Perhaps it’s because they are smart. But more likely, it’s because they’re known foragers; these thieves notoriously steal food from other animals, easily remembering exactly where they stored their cache. They also eat road kill, which, while not exactly appetizing to us, serves an important purpose as they keep things clean for everyone else.

Should you happen across a murder of crows, Haigh urges you to take a moment to watch. “It’s just more fun to hang out together,” she laughed. “I would say to stop and observe their behavior and see how they are with their family and friends.”

But if you’re still creeped out this fall as you walk a trail and see a bunch of crows or ravens in a tree, smile and tell yourself that you’ll be afraid… nevermore.

Originally printed in the October 2022 issue of Simply Local Magazine 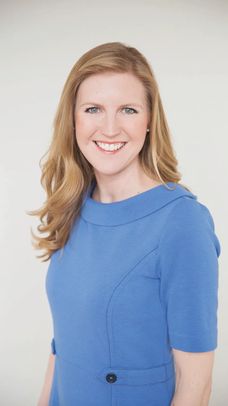 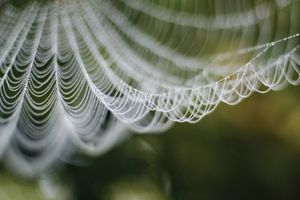 Taking the Creepy Out of the Crawlies

Around this time of year, spiders start making their often unwelcome appearance inside as the weather turns cooler. But before you reach for the shoe, it’s important to know how beneficial these animals are. 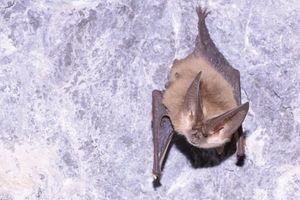 Bats: Better Than You Think

As the air starts to chill, bats make their way to their winter homes, nestling in for winter hibernation. And while it's tempting to align them with all things creepy, the reality is they are more closely tied to your Halloween treats. 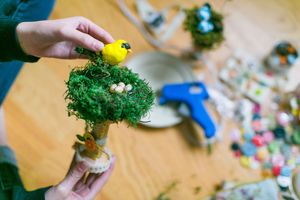 A little birdie told me you absolutely need to add this DIY to your to-do list this spring! 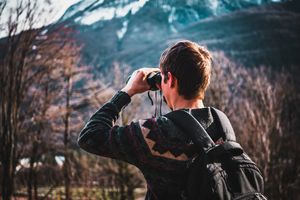