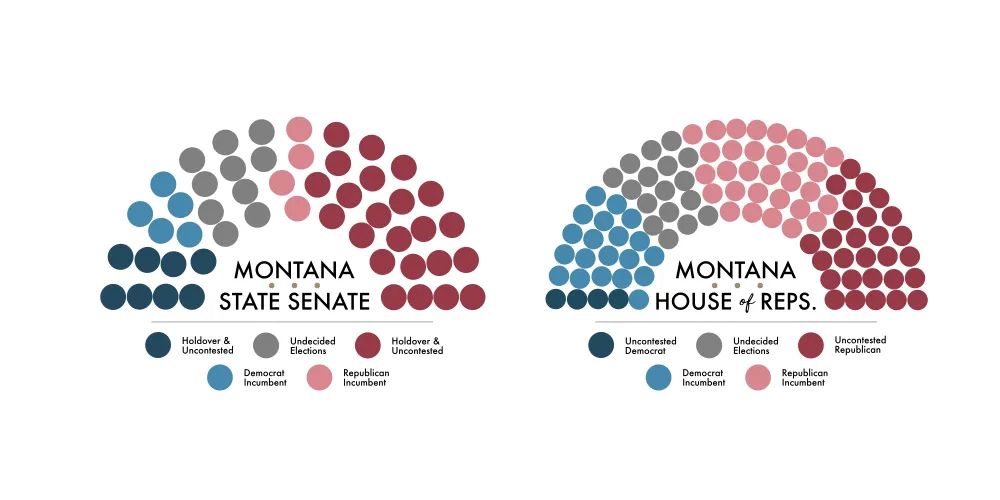 Out on a Limb: Predicting the Makeup of the 2023 Legislative Session

We are one month away from receiving mail-in election ballots when Montana voters across the state will register their political preferences for candidates from federal to local government. While there is excitement around the race for Montana’s recently returned congressional district, I’ll be spending election night hitting refresh on the Secretary of State website to see how Montana’s legislative races shake out.

Last election cycle, Republicans took back the Governor’s Office, giving them unified control of government, and gained 10 seats in the Legislature, leaving them two shy of a 100-seat supermajority (2/3 of House and Senate). If Republicans can pick up another two seats, they can pass legislative referendums to amend the State Constitution, presenting questions to voters during the 2024 election cycle. While it’s not a guarantee that a supermajority of Republicans will find consensus on proposed referendums to amend the Constitution, those who agree with Rep. Derek Skees’ characterization of our Constitution as a “socialist rag” may push for more extreme edits to our founding document.

Generally, I’m hesitant to make bold predictions on election outcomes, considering some of my recent blunders. “Ward 3 City Council race? Charlie Loveridge will win it handily.” “County voters banning recreational dispensaries? You better get used to driving to Carbon County for your weed.” You can’t win ‘em all…

Despite some bad bets in recent history, I feel this next one is pretty safe. In fact, I’m so certain that I feel like the title of this article, “Out on a Limb,” is a bit misleading in this regard. At this point it is almost a certainty that Republicans will have unified government in the 2023 Legislative Session, controlling the Governor’s Office, the Senate, and House.

In the Senate, the odds are stacked strongly in favor of Republicans. With 50 Senate seats total, Republicans already control 16 holdover seats (those districts not up for election this cycle), and seven uncontested seats (districts where Democrats didn’t field a candidate), giving them 23 total - three shy of a majority without a ballot having been cast.

In the 2020 General Election, 92% of Montana’s legislative incumbents won their reelection bids.² If we make the imperfect assumption that all incumbents win, that will give Republicans four more seats in the Senate, bringing their total to 27, a majority of the 50 Senate seats. Even if Democrats win the remaining seats, it won’t be enough for majority control of the Senate.

House elections are a little different than the Senate as each member must campaign every two years (no holdover seats), and there are double the number - 100 versus 50. With more than ¼ of the House seats already locked up (28 races where Democrats didn’t field a candidate), Republicans have smooth sailing to a House majority. Continuing with my imperfect assumption about incumbent victory, Republicans add another 31 election wins, getting them well past the 50 seats needed for control of the House.

While I’m very confident that Republicans will maintain large majorities in the legislature, I’ll need to venture out on a limb with my prediction on whether they can attain a supermajority. With 98 seats currently, can they pick up the two additional seats needed?

Looking back on the last three decades of Montana legislative elections you’ll see what appears to be a “ceiling” for Republican majorities in both bodies. In the Senate, 31-32 seats appear to be the high point, with the exception of an outlier 34-seat majority in 1996. The history of the Montana House paints a similar picture with the current seat count of 67-68 as the majority threshold. Even though there are election years with stronger majorities in the House and Senate, there are no instances in the last 30 years of one party winning a 100-seat supermajority. The closest was in 1996 when Republicans won 99 seats of the 150-seat legislature.

Though it’s not a precise calculus, three decades of history and consideration for the statistical phenomenon known as “reversion to the mean” suggest it is unlikely Republicans will win a 100-seat supermajority. However, Montana’s statewide trends (Other Montana Elections graphic shows shift from blue to red) and national trends suggest continued gains for Republicans. With politics continuing to hedge toward national issues, I think it’s time we dismiss the oft quoted but increasingly inaccurate axiom, “all politics are local.” The fact is midterm elections generally favor the party out of power at the federal level (Republicans) and current generic ballot polling gives the edge to Republicans, though Democrats have recently pulled closer, potentially because of post-Roe motivation.

I’ll go out on a limb and predict that Republicans pick up one more seat, matching their 30-year high of 99 seats in the Legislature, but falling just shy of the 100 seats needed for a supermajority. If I’m right, we can chalk it up as a lucky guesstimate. If I’m wrong, Montana electors may be voting on numerous edits to our Constitution in the 2024 election cycle - for better or for worse. 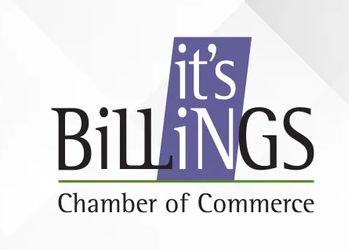 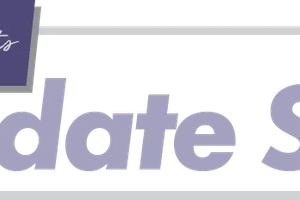 Competition in Elections is Critical

We are all better off when competition breeds excellence, innovation, and ultimately progress. In some elections, however, competition has been absent. 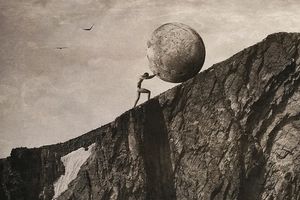 With the 2021 city elections officially behind us, it's time for the real work to begin for our newly elected officials and the Billings Chamber. Let's go, Billings! 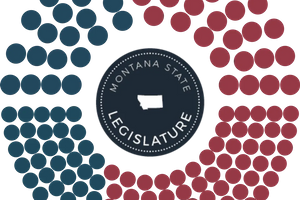 The One with the Mandates: Legislative Session Wrap Up

If we wait until the stars align with city, county, state, and federal governments coordinated to implement a cohesive set of policies, we’ll never get anything done. Vote YES for public safety.