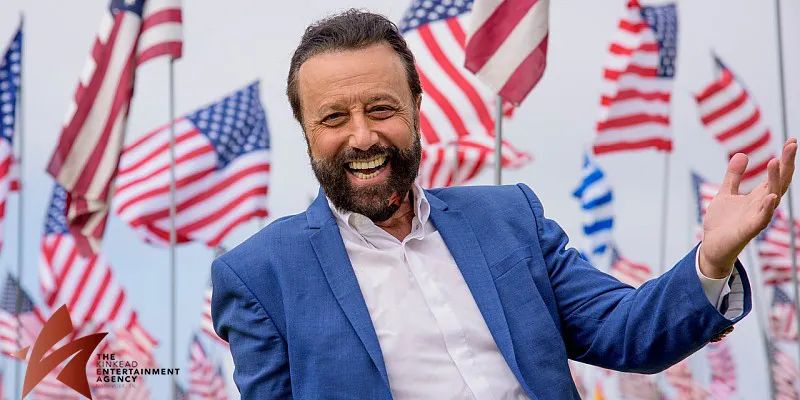 As with most everything, the realities of live performances have had to adapt to these socially distanced times. Striving to adapt to these unique times, Alberta Bair Theater is offering exclusive access to comedian Yakov Smirnoff's live streamed performance, United We Laugh, on August 29 at 7pm mountain time. Available at the ABT website, general streaming tickets for this 75-minute performance are $25; $50 includes a post-show virtual Meet & Greet.

People may remember Russian immigrant Yakov Smirnoff and his catch phrase “What a Country!” from the 1980s when he performed on The Tonight Show with Johnny Carson, as a regular on the sitcom Night Court and the star of his own show What a Country!. He later appeared in movies alongside Tom Hanks, Robin Williams, and Jack Nicholson.

After defecting Communist Soviet Russia in the 1970s, Smirnoff arrived in the U.S. with nothing but a dream. Not knowing the language, Smirnoff humbly began working as a bartender at the famous Grossinger’s Catskill Resort in New York, where he told jokes each night after his shifts. As his English improved so did the laughs. He quickly grew in popularity and moved to Los Angeles where the owner of The Comedy Store, Mitzi Shore, took him under her wing. His lovable view of life through the eyes of a poor immigrant captured the hearts of Americans.

Dr. Yakov Smirnoff is certainly living the American dream as a movie star, a best-selling author, an iconic comedian who tours and keeps a residency in the theater he owns in Branson, Missouri and, most recently, by earning a doctorate degree in leadership from Pepperdine University. His brand-new podcast on ABC radio is coming soon. With the heart of a dreamer, Dr. Smirnoff has made the impossible possible and continues to inspire others with his message that America is still “What A Country!”

Tickets for this August 29 live-stream event are purchased on the ABT website through an ABT specific link to feelitlive.com, the streaming service hosting “United We Laugh.” An internet speed of 50MBPS and viewing the event on a computer are recommended for an optimal experience. Please see other technical requirements on the landing page where tickets are purchased.

BACK TO SLM'S CALENDAR OF EVENTS