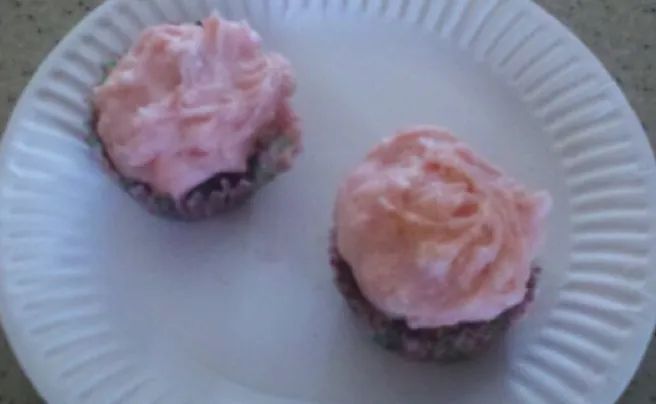 A Meatloaf / Mashed Potato "Cupcake" Recipe for the April Fools!

I must admit, I am a big fan of April Fool's Day and always have been.  In fact, I used to torture my older sisters with pranks (like booby-trapping bedroom doors with pull-string fireworks and saran wrapping toilet seats).  Today, I have my own kids to "punk" and thought it would be fun to try a creative, lighthearted, much nicer, *slightly* more mature and certainly less-messy alternative to my previous "go-to" April Fool's Day pranks.

Last year, I whipped up some meatloaf cupcakes (with pink cream cheese mashed potato "frosting") for April Fool's Day "Dinner".  The idea and recipe was courtesy of "Bakerella"  - aka: The Pioneer Woman. 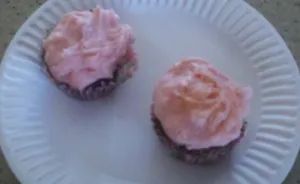 I added some pink food coloring to the "frosting" for a little extra "pop" and giggled the entire time I was making them.  In fact, I was so busy giggling that I totally forgot to add the salt so not only were they gross (in terms of not being actual cupcakes...but they tasted bad too)...double April Fool's Day whammy! Mu-ha-ha-ha-ha!

I thought I'd share the kids' reaction because it's pretty priceless (to me anyway).

My nephew (with the dark brown hair) *really* appreciated the joke...(and the mashed potato topping).   My niece (giggling in the background) certainly thought they were "yucky" but was way to polite to ever say that out loud.  My daughter, shouted, "NOT...FUNNY...MOM".  Oh, but it was.  And my son (who will eat anything...gobbled up at least two of them).

Since I am not quite the meanest mom on the planet, I did buy some ice-cream treats for post-dessert...dessert.

Do you have any fun April Fool's Day prank ideas or stories?  Share them with us right here...or on Facebook!